Drum recording is considered as the most difficult part among the microphone recording projects. Since a drum set comes with various drums and percussion, to a start a studio recording, it is important to know about drum miking. We need a several microphones not only for the bass drum, snare drum but also toms, hi-hats and other cymbals to be recorded individually. Thus, at least ten separate microphones are necessary to record a drum session.

When you are just about to begin a drum recording at a beginner stage, it is not easy to own tons of microphones due to the limited budget. In addition, it imay not be so easy to get the right sound from all microphones for a drum recording session since each microphone has different sound characteristics. TM-DRUMS is a drum recording microphone set that fulfills the minimum requirement for multi-microphone drum kit recording, and with this set, anyone can easily challege the drum recording with serveral individual mics.

Music creation in general, especially the bass drum, snare drum, and hi-hats play an important role for keeping the time. Thus, each of those drum part needs to sound clearly from the recording. The TM-DRUMS has two dynamic microphones that can be used for both bass drum and snare drum, and two condenser microphones that can be used for hi-hats or overheads.

If you are planning on purchasing additional microphones later on, you can separate microphones between the overheads and hi-hats, or add extra microphones for toms or even capture the ambient sound in the room.

Now, how do we start recording on drums with the TM-DRUMS? Here are some examples. 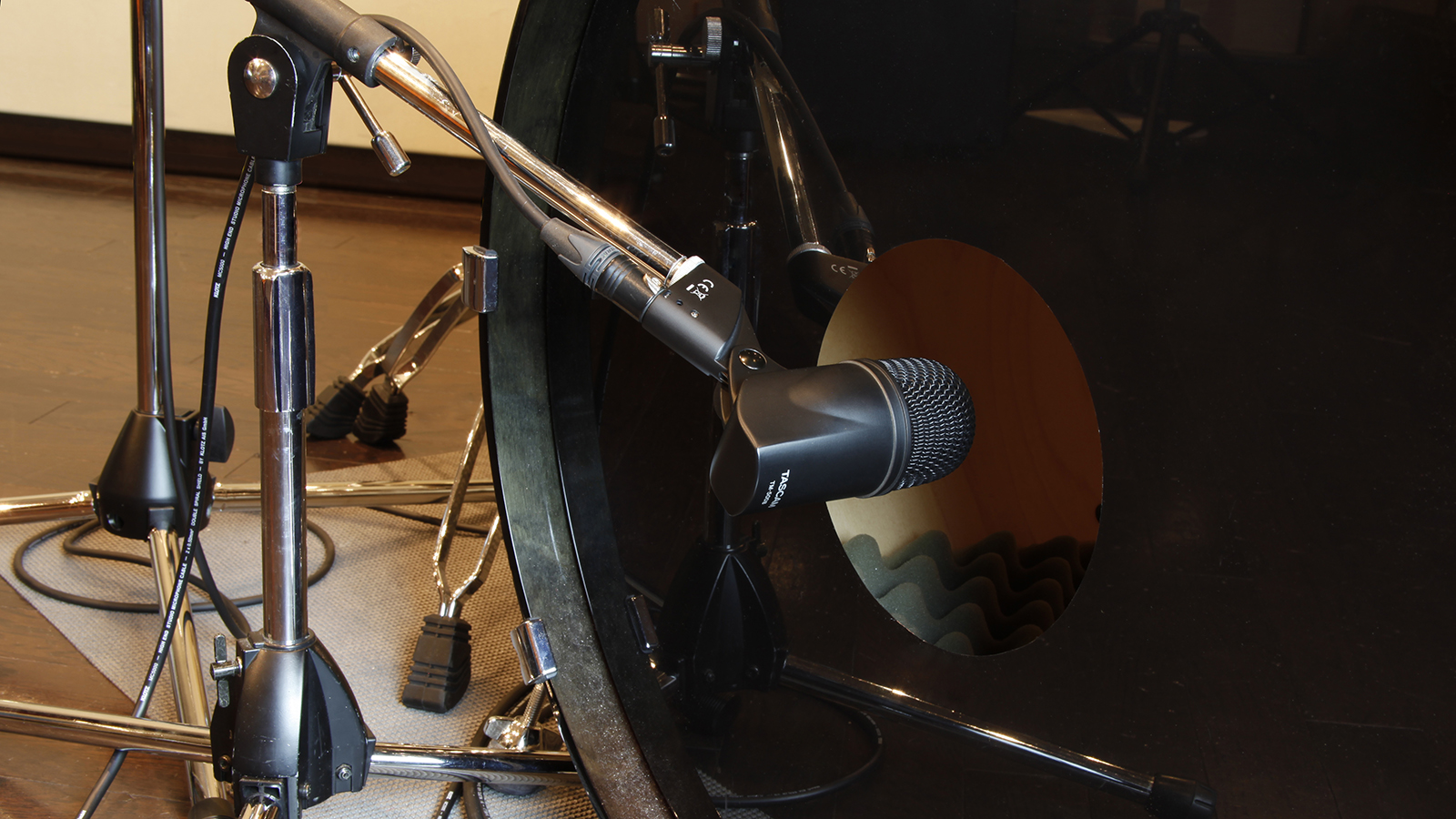 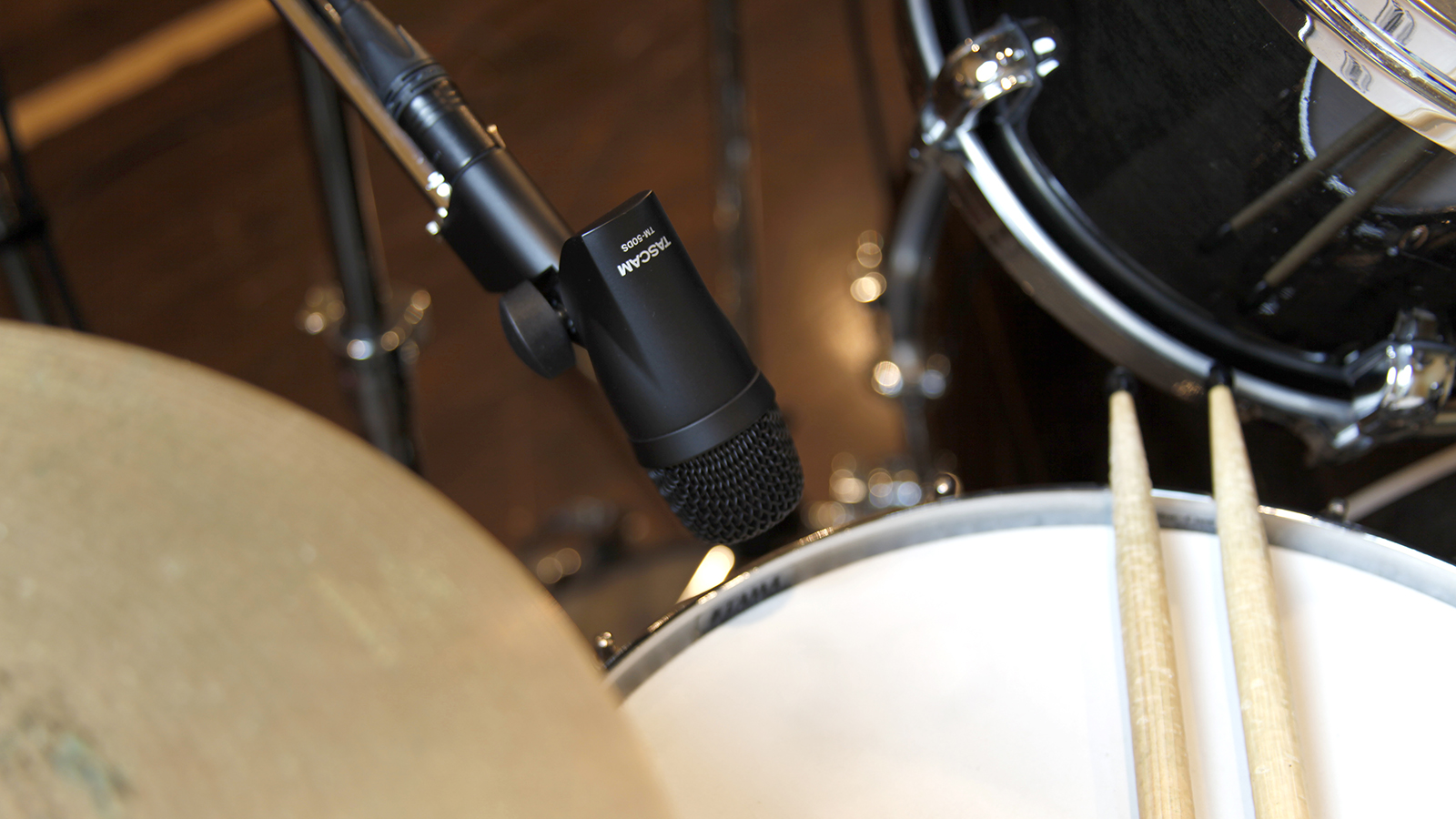 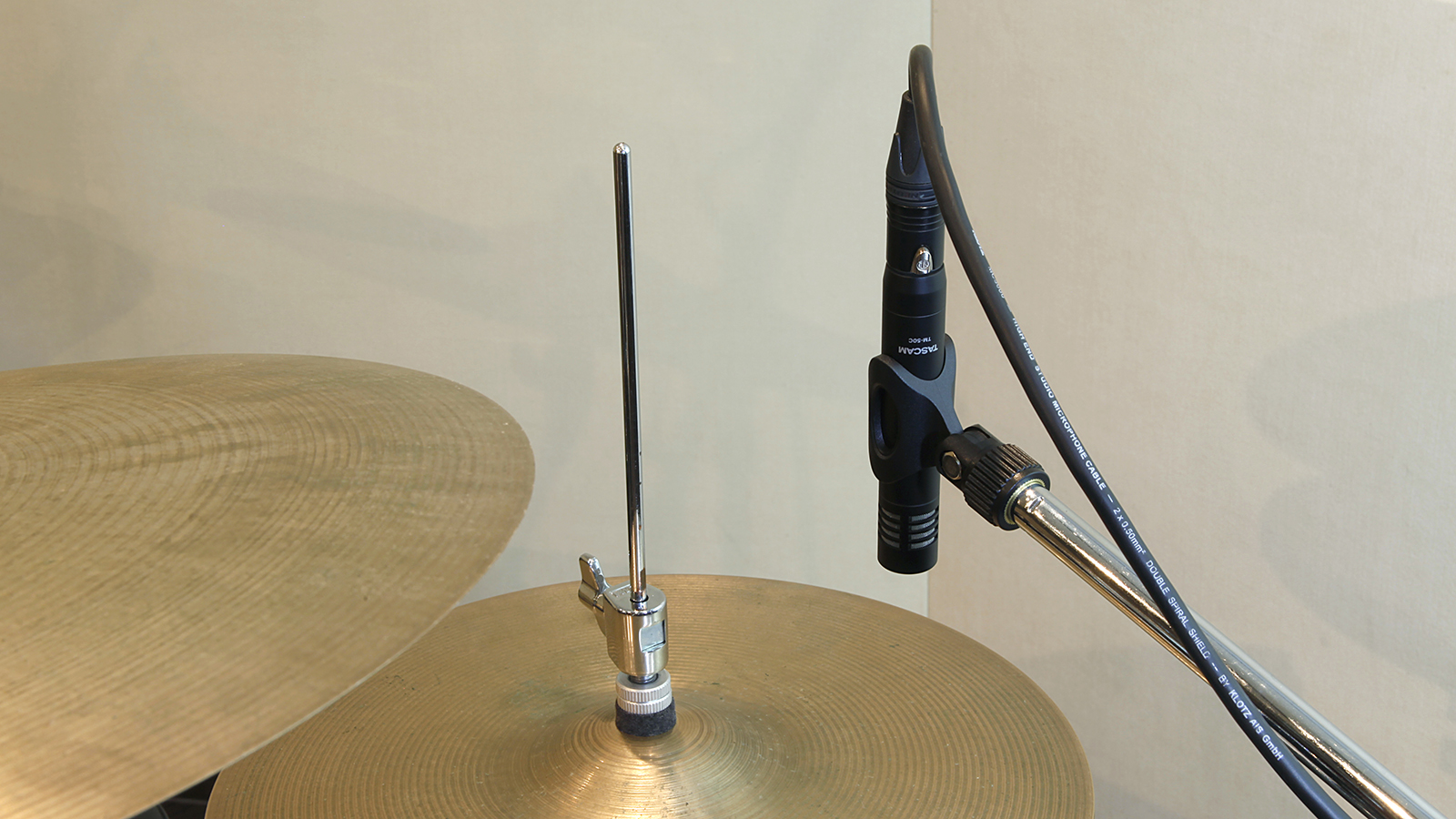 Bass drum + snare drum + overhead (stereo)
The difference of this setup from the previous application is the stereo recording with two condenser microphones for overheads. They can be placed above the drummer, or on the left and right side of the drum set. Using them as a stereo pair to sound wider on the left and right, so you can capture more focused sound on the toms and cymbols. The Ultra-HDDA mic pre-amps in the US-16x08 is designed to match the volume of a drum set and its electrical signal can be enhanced by the TM-DRUMS itself to get that punchy and present tone. 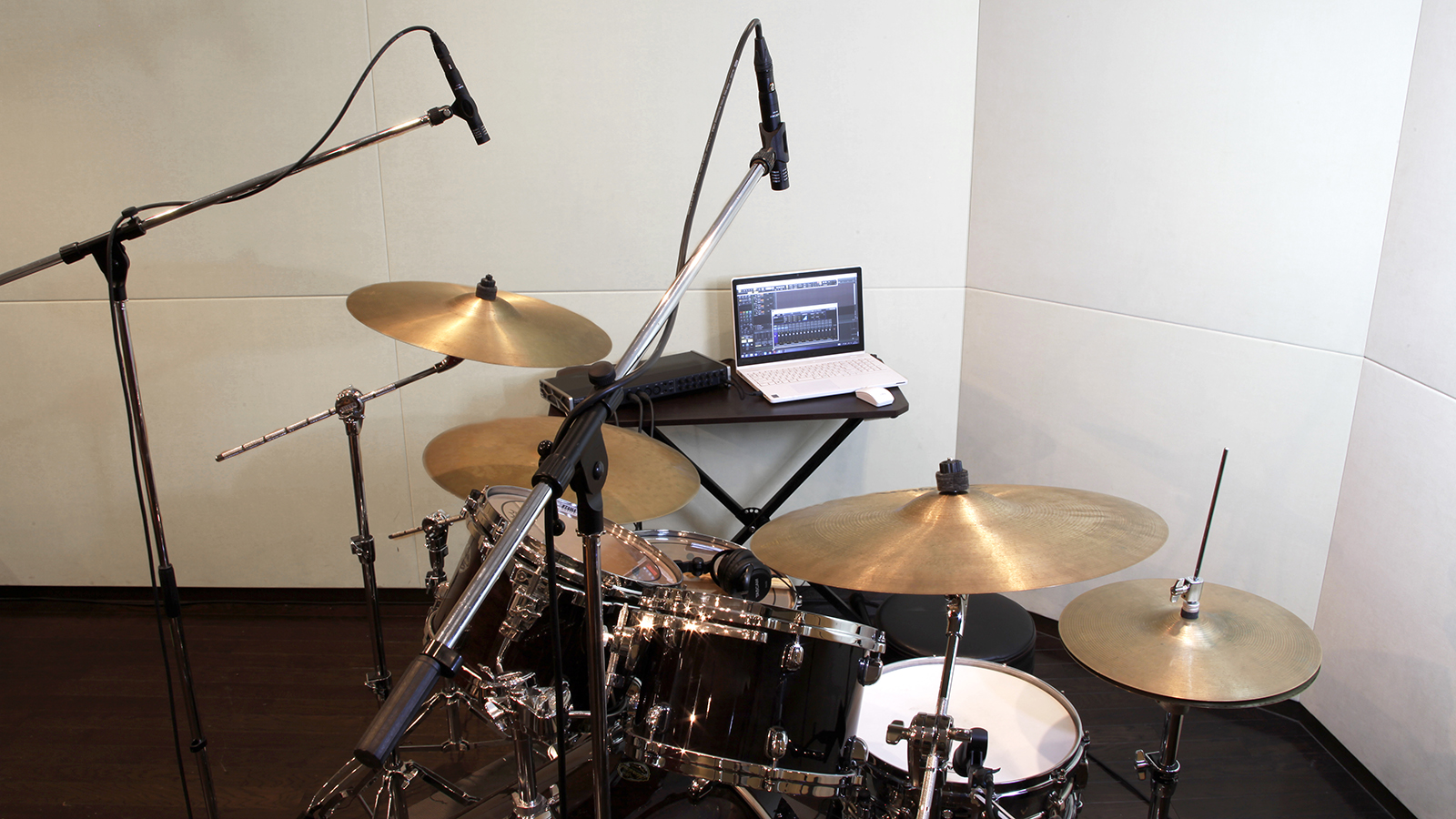 Bass drum + snare drum + overhead (stereo) + ambient
Once you are familiar with the multi-microphone recording, it is easy to add another microphones. In this particular setting, a microphone for room ambience is used. If you are in a room with natural reverb resonance, add microphones to capture the room ambience in order to get a natural dimensional tone that the electric drum set does not provide. The TASCAM US-16x08 audio interface enables up to eight microphones connections for your drum recording. 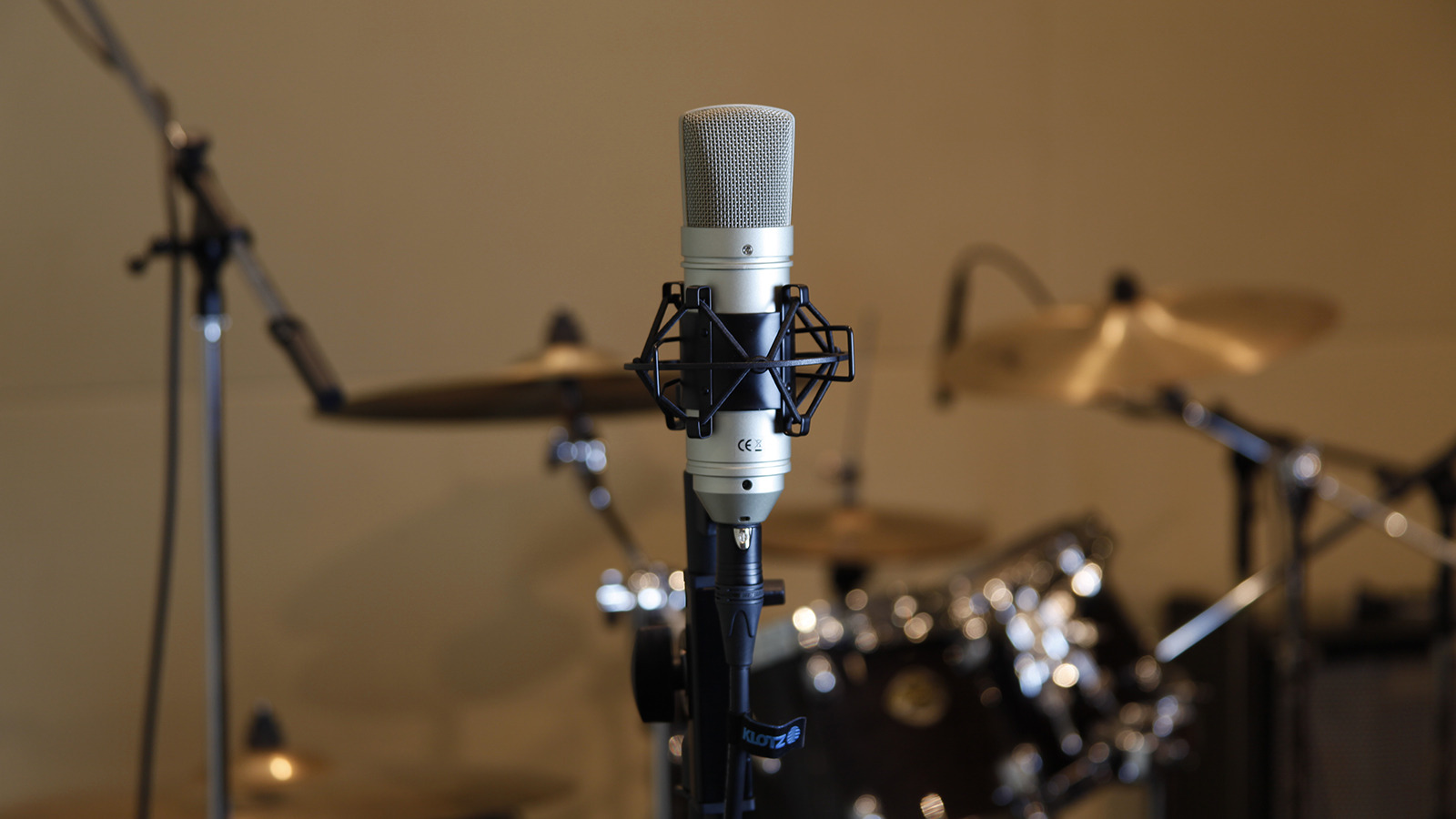